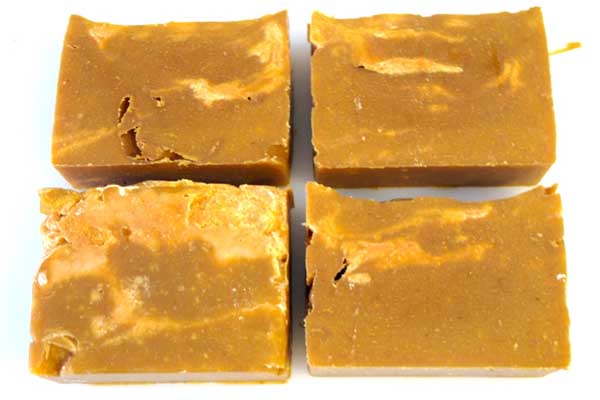 Sometimes, even when you’ve been careful, you will have a severe problem in the soap and it will separate. This could be from incorrect temperatures, incomplete mixing, too much honey… who knows? 🙂 Separation is usually indicated when there is liquid at the bottom and greasy soap on top, or substantial pockets of liquid in the soap and a strong odor. If you have tiny little pockets of lye water in the soap (hard to see but leaving the knife damp when cutting), these will absorb with curing and the soap will be okay. I don’t re-melt it in that case. But if you have a severe separation, you will need to “reclaim” your soap.

The easiest thing is to shave it up, if it is partially firm and put into a large stainless roaster pan. A small amount of water may be added if necessary, but I would wait to see if you need it as you go along. If the soap is grainy, a potato masher does a good job of breaking it up even further to hasten melting. Place this covered pan in a slow oven… around 200-225 degrees F. is good… and every so often stir and mush it around with a large spoon. Within the space of an hour or two, it should be completely jelly like and blended. Try not to whip in lots of air when you stir unless you want your soap to float! When this is well blended, you can turn it out into your mold and let it cool. You might have to smooth it out… it will probably be rather thick and pasty… unlike how it was the first time around! After it cools down and sets you can cut it right away. Never throw away a batch of soap… it can always be fixed!

Soap has a crack up the middle

If you find your soap cracking then try to cool it down.  Remove any insulation that you might have on your soap (blankets, etc.), put your soap in the fridge if it will fit or simply leave it un-insulated in a cool place with plenty of air circulation.  It should start to cool down and stop cracking.  You can actually use a spatula or a gloved hand to flatten down the crack.

Every soapmaker will come across overheating issues at one time or another. Maybe you get in a hurry and mix your soap when the oils and lye are too hot. Or perhaps you purchase a new mold and over insulate it. It happens to us all!

Overheating is also common when soaping with any kind of additive that has sugar including sugar itself, honey, beer and milk. Here are some common signs of overheating and what you can do if it happens.

The soap has a layer of oil on top

If it is just a bit, more like a sweat than a pool…then just leave it and the soap will probably reabsorb.  If it is enough oil to pool up and move around if you tilt the mold then you might want to rebatch.  You can do so immediately.  Simply plop it into a crockpot and hot process it.

Soap is crumbly upon un-molding

This could be because of two reasons.  Your soap could be crumbly because it did not go through gel phase.  This is especially common in soap that has partially gelled.  The center is solid and hard but the edges are crumbly.  This is just a cosmetic issue…the soap is not bad.  If you want to avoid this issue then make sure that your soap completely goes through gel phase.  You might need to help it along by insulating your mold or putting it into a warm oven.

The other reason for crumbly soap is that it could be lye heavy.  Wait a couple of days and do a zap test.

If you’re new to soapmaking I would just throw this batch away.  Some people will tell you to re-batch adding more oil or to shred and use as laundry soap.  Those are certainly more advanced options you might want to consider after you’ve had some more batches under your belt.

Soap is soft and squishy like play-dough upon un-molding

There are a couple of reasons that this can happen.  First take a look at your recipe.  Are there are high percentage of soft oils such as olive, sweet almond, castor, apricot kernel, etc.?  Did you use the full water amount?  Soaps high in soft oils using full water are going to be pretty soft when un-molding.  Wait two or three extra days before un-molding.  Next time reformulate your recipe to include a higher percentage of hard oils or a steeper water discount.

If you have a well balanced recipe with plenty of hard oils then another reason might be that you mis-measured and did not add enough lye to the batch.  Since you don’t really have a way of knowing how much more to add, I would just save this soap for personal use.  It should harden up a bit with a cure.

Soap will not un-mold from a silicone mold

When soaping in silicone molds without liners you want to make sure you are using a recipe with a high amount of hard or brittle oils (60%+).  It also helps if your soap goes through gel phase as it will be harder upon un-molding.  If you find yourself in this situation, put the soap in the fridge for about two hours to freeze solid.  Then try and remove.

Soap will not trace or is slow to trace

Soap made with high amounts of olive oil take the longest to trace.  Even then…a two pound batch should definitely reach trace in less than ten minutes when using a stick blender.  So if you’ve been stirring for that or longer…then something might wrong.

First check your water amount.  Using high amounts of water with recipes high in olive oil have a hard time tracing.  I always use a water discount with recipe that has 60%+ of olive oil.

Did you add your lye solution?  Don’t laugh!  This has happened before to many soapmakers.

If your soap will not trace…then you might have lye issues.  Are you using a new container of lye?  Was it clumpy or hard when you used it?  This could suggest that it has absorbed moisture somehow so your measurements will be way off.  Instead of weighing out the correct amount of lye you’ve weighed out lye and the moisture that it’s absorbed.  If your lye is clumpy or hard then get new lye. 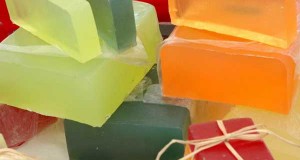 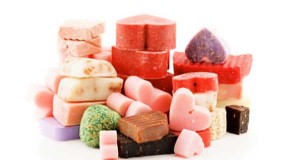 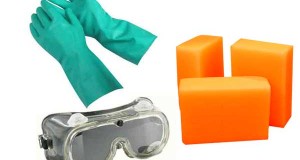 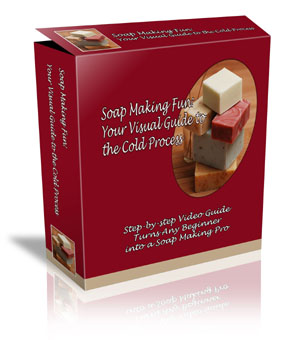